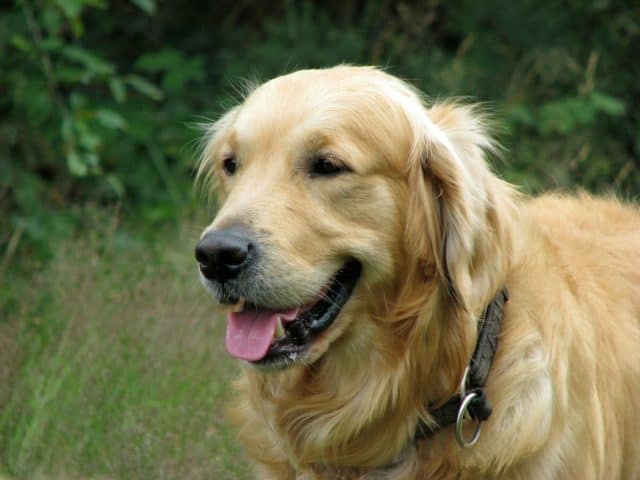 On a freezing early morning in September, Kerry McKinnon of Australia found an unusual sight in her house: her Golden retriever, Asha, was snuggling with a stray koala.

Kerry, who lives in Strathdownie, Western Victoria, says the nights and early mornings can be extremely cold in Strathdownie. It’s not unusual for temperatures to dip down as low as 41F inside the house. One cold morning, Kerry’s husband came to her and said she needed to have a look at what he had found. 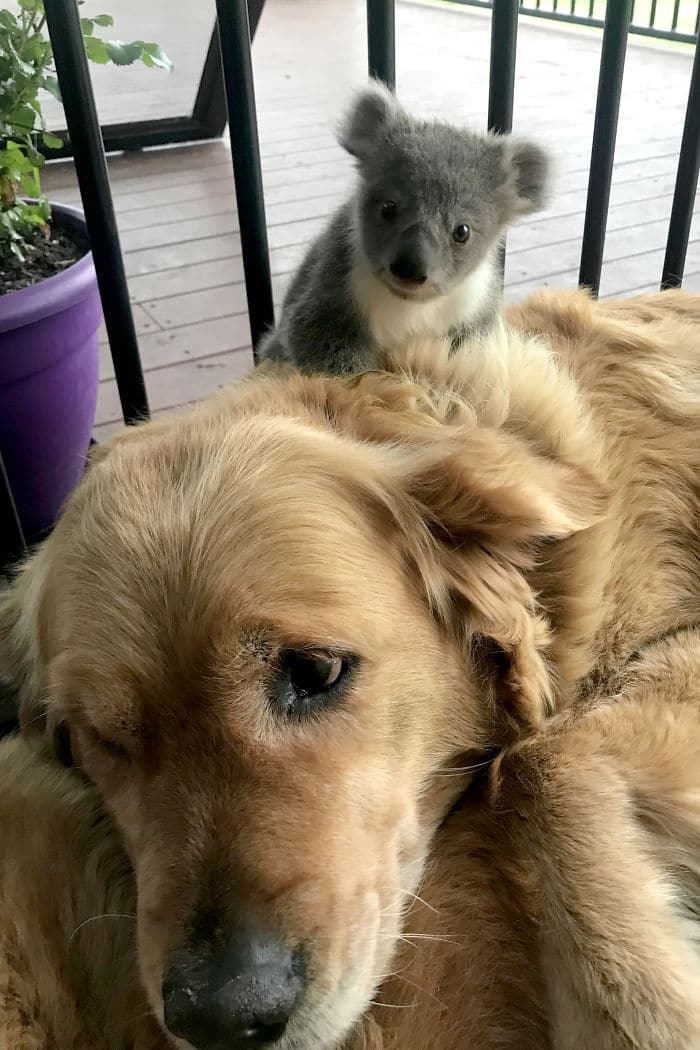 Kerry walked in and witnessed her five-year-old Golden Retriever snuggled in bed asleep, with a stray baby koala bear lying on top of their large dog! The koala was cuddled up next to Asha, the Golden Retriever, and both were asleep. Kerry could not believe her eyes. The koala didn’t look to be very old.

McKinnon burst out laughing at the sight. She didn’t know what else to do. She was shocked, but also found the whole thing quite amusing. Asha, on the other hand, just stared back at her. The Golden wasn’t about to change the circumstances. The dog did not attempt to remove the baby koala. 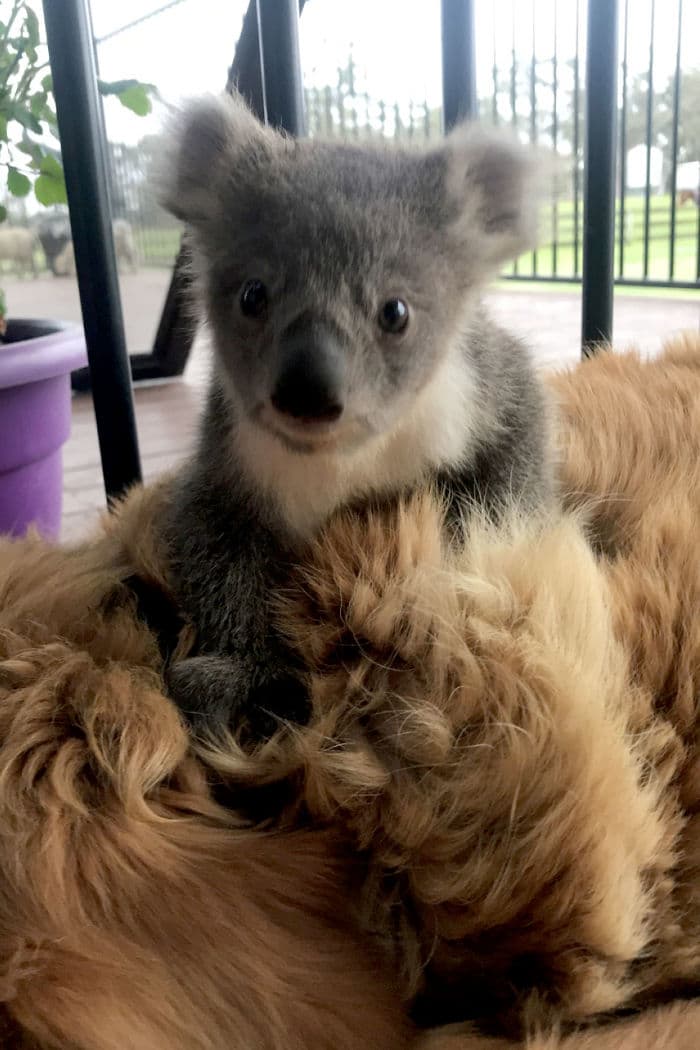 Kerry and her husband have no idea how the koala got there. They think there’s a good chance the baby koala had become separated from its mother, possibly falling out of her pouch. The koala could have wandered around until it found the McKinnon’s yard, and climbed over the fence. Kerry says the koala would have most likely died had it not found warmth sleeping on her Retriever.

The tiny koala could have easily succumbed to the harsh temperature, freezing to death. It also could have been attacked or taken by a fox, or other wild animals that live in the area. Asha saved the koala’s life. The dog seemed happy to have helped.

The McKinnon’s had the koala checked by a vet, and it will be released back into the wild once it’s made a full recovery.