Home Dogs Dog Given Another Chance In Life After Being Rescued 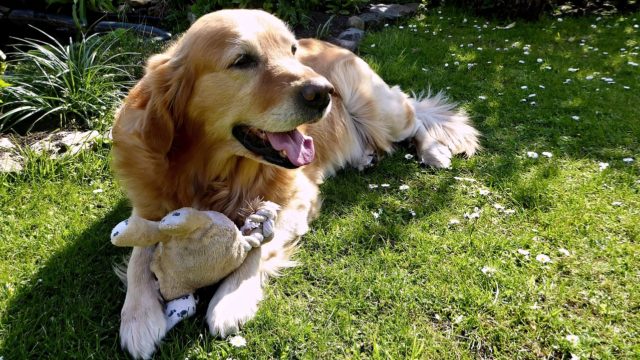 A homeless Golden Retriever has been spotted on the streets in Los Angeles. A concerned citizen immediately called Hope for Paws about the dog.? A non-profit organization, Hope for Paws is dedicated to save and rescue dogs and other animals from the streets.

They are made up of hundreds of volunteers that are driven to provide the best possible care to animals that are abandoned or abused.

When the rescue team from Hope for Paws arrived on the homeless dog?s location, they immediately set off to work. But when the dog spotted the crew, she scurried away.

It was evident that the stray was petrified with people. She hid someplace where she was literally beyond of reach.

The rescue team was used to rescues like this. However, they were astounded with how the dog ?protected? itself. While they were trying to coax her away from her hiding place, the dog was covering her eyes with paws.

They were saddened with the dog?s reaction. It was apparent she has suffered gravely on the hands of humans.

But this only fueled their determination to save the poor homeless Golden Retriever. They continued to befriend the dog until it trusted them enough and allowed the team to leash her up.

Golden Retrievers is considered to be one of the friendliest dog breeds in the canine world. They are highly intelligent and only want to please their owners most of the time. They are very loyal, trusting and extremely patient. But it?s apparent that Clarabelle had experienced cruelty while living on the streets.

Watch the daring rescue below of Clarabelle.

Although the Retriever had a sad start in life, in the end, you can see her completely transformed from her scary self into a fun-loving dog.

Dogs deserve our love and friendship. To Hope for Paws thank you for giving hope to dogs who had lost their will to live. You gave them a second chance in life.