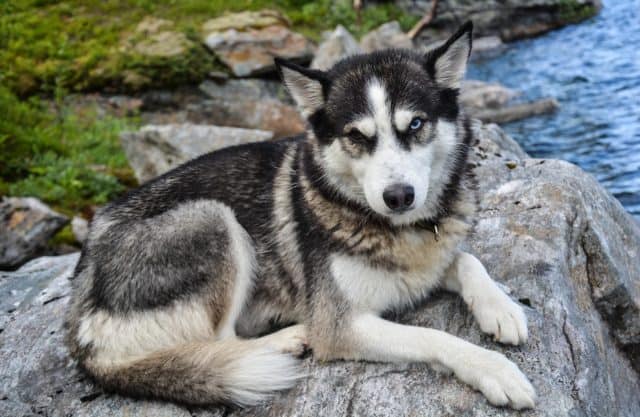 In Israel, a lost Siberian Husky is reunited with his owner after he starts singing his favorite song.

Israel police were out on routine patrol when they came across a neglected and underweight dog in a field with a group of teens. Located at an archaeological site in the country’s Negev area, they brought the dog into the station and gave him some first aid. Even though the Husky was emaciated, he fit the description of the missing dog from the same area.

When the police contacted the owner, they asked him to come to the station to identify the dog. The owner suggested the police first play the theme song from Shemesh, an Israeli sitcom, to the Husky. If it was his dog, the owner said he would sing along to it. If that didn’t work, he said the dog would sing to the theme from Arthur, another favorite show.

When police played other songs, the Husky did not respond. When the song from Shemesh was played, they saw a different reaction!

Here’s the video of the Husky recognizing the song and “singing” along:

The owner of the Husky was listening on the phone when police played the song. He immediately knew it was his lost dog. The thankful owner rushed to the site and was reunited with his dog. Lovingly, he embraced him. The tender reunion is also shown on the video.

Siberian Huskies are a vocal breed, and howling (or crooning) is not unusual. Dog experts say that if an owner shows enthusiasm, the Husky is likely to sing along to music. Lucky for this dog, he had listened to the theme songs from these shows enough times to recognize them.

The beautiful Siberian Husky and his owner are residents of Beer Sheva City.

Thanks to our friends at Paw My Gosh for sharing this story.