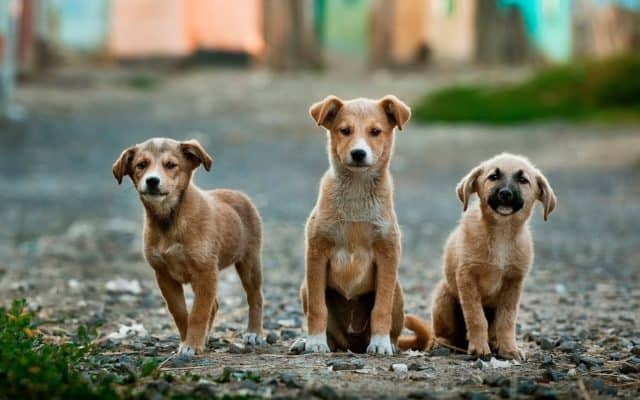 A mother’s love shapes the character of a person. No one can ever underestimate the magic behind a mother’s devotion, and this goes the same with a mama dog in Chile who proves that animals are also capable of unconditional love.

The people in Valparaiso, Chile feared for their lives after a massive fire hit the region and spread uncontrollably. Among those affected people who were looking for a safe place to stay was a mama dog with nine puppies. She was desperately trying to keep them all alive, so she thought of burying them in the ground.

The catastrophe started from an illegally managed landfill. The contractors were trying to burn piles of waste, which then turned into an explosion that took one person’s life and hundreds of properties.

The firefighters responded to the site and were trying to move several pieces of rubber that were on fire. A person caught their attention and told them that a dog was digging a hole at the nearby area.

They all took a closer look and realized that there were nine puppies in the hole, that were around two-weeks old. The firefighters carefully took each puppy out of the whole which lasted for a total of forty-five minutes. They also saw the momma dog hiding under a container near where the hole was.

The news became viral around the world, and many people reacted positively towards the dog’s motherly instincts. It was a miracle that all nine puppies were taken out alive and safe.

The momma dog was named La Negrita, and the volunteers brought her and her babies to an animal shelter where they can be watched over until they get adopted.

Indeed, nothing beats a mother’s love; may it be a human or an animal. Watch the news clip below and be amazed by this touching scene:

Special thanks to our friends for sharing this heartwarming story.