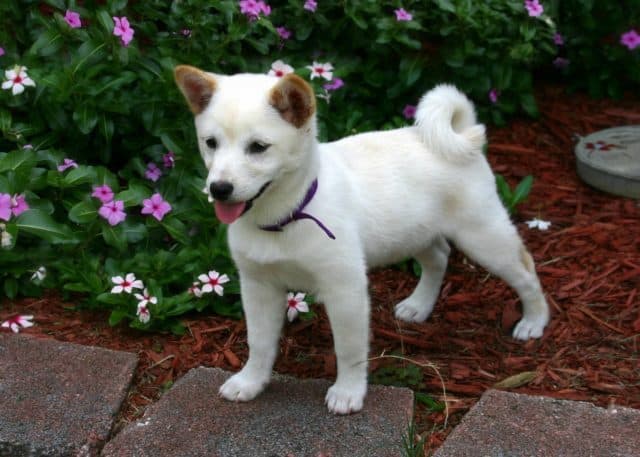 Dogs are sometimes weird but at the same time cute. People or things that make them happy become their favorites. For Protein, he’s got his favorite postman, Xu.

According to Xu, the adorable Shiba Inu named Protein excitedly comes running when it hears the approaching sound of the postman’s motorcycle. You can see how it makes the cute dog happy with the way it wags its tail.

The good postman would return Protein’s gesture by kneeling to play with the good Shiba Inu dog for a short time. Even if this postman’s gesture was only for a short time because he has to go to his next stop, it was done with all affection. Protein appreciated that so much because he comes asking for it every time the postman comes around.

Their friendship started when Protein was still a puppy. Xu would play with little Protein when he comes to bring the mail. This routine continued until the Shiba Inu was eight months old.

However, the postman was reassigned to a different location after that. It’s sad that these two friends would not be able to see each other that much.

Even when Xu does not come around anymore, Protein would still come running every time he hears the sound of a motorcycle only to be disappointed. Poor Protein!

But one day Xu paid a surprise visit to the adorable Shiba Inu’s house. He missed the cute pooch in as much as it missed him too. As soon as Protein heard the familiar sound of the postman’s motorcycle engine, the adorable dog wags its tail in excitement. He sure had been waiting for his favorite guy.

Protein jumped on Xu’s lap and greeted his favorite postman whom he missed dearly. Xu was laughing and enjoying the moment as he pets and played with the Shiba Inu. It’s clear that they both missed each other so much.

What an adorable friendship! They found friendship in each other in a very unexpected way.