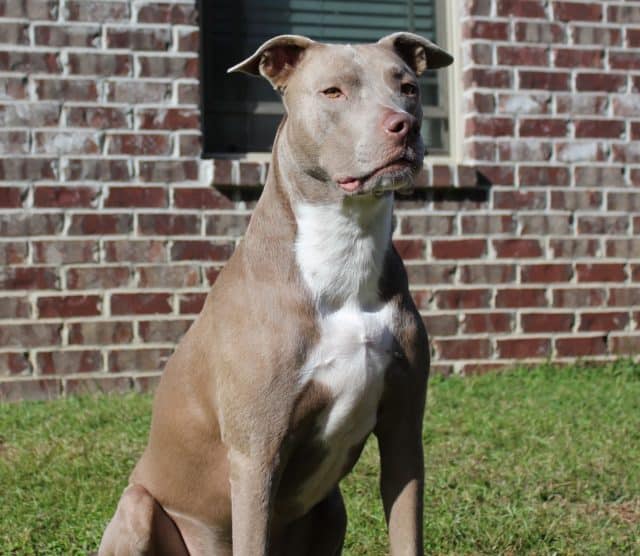 Sometimes we meet somebody, and we know that he or she is the one. Corny, but sometimes undeniably true. What’s more amazing are the circumstances people find their better half. It might be the most inconvenient situation, but what’s important is the end result of finding someone.

For these two pit bulls who are now bonded forever, they have found each other in a cemetery somewhere in Maine. They have been together for quite a while, and they have become totally inseparable. They were rescued by the good folks at?Kennebec Valley Humane Society.

The staff of?Kennebec Valley Humane Society realized that it would be wrong to have these two souls separate after all that they have been through. So they devised a plan that would promote these two senior dogs and would make them a packaged deal for adoption.

They got the two senior pups married. One might think that marrying two dogs wouldn’t be an interesting affair, but the people at?Kennebec Valley Humane Society made sure it was a proper event?? sort of. They rolled out a red carpet that would serve as the aisle that the bride and groom would walk on.

A pretty arch where the shelter’s director, Stevanie Roy, would marry them. Dog photos and stuffed toys stood beside the bride and groom to serve as their entourage. The rescuers, as their?witnesses to their eternal bond. When Roy, asked them to say “I do,” she got kisses from both the senior pups, which was good enough.

Being a married couple means that they will have to be adopted together. They are looking for a family that would shower them with love and care, preferably?a home with no other animals. They are senior dogs, so they will require extra attention. But most of all they need a home to call their own.

Thanks to The Dodo for the story.