Imagine being trapped in the snow with your dog for five days with no food or water. How will you survive?

Jeremy Taylor, a motorist and his dog, Ally survived for five days in the snow taking nothing in but taco sauce.

For five days, the two were stranded and trapped in deep snow. Rescuers were told that they survived the cold and hunger with packets of taco sauce.

The 36-year old motorist was driving with his dog in his Toyota 4Runner in Sunriver, Oregon towards a forest road last February 24.

When Taylor did not return from his trip, he was reported missing. The Sheriff?s Office of the Deschutes County posted an appeal on Facebook. 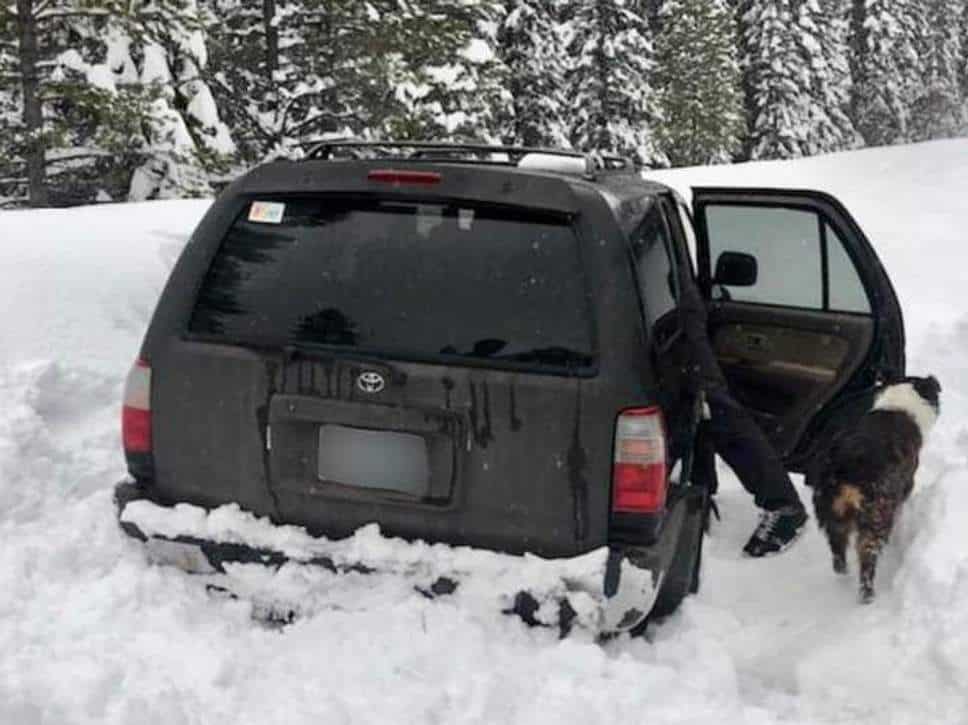 On March 1, a snowmobiler found him and a search and rescue operation was started. They hauled the 4Runner out of the woods with a huge snow tractor.

According to Sergeant William Bailey, a spokesman from the sheriff?s office, Taylor and Ally were found in good condition. However, they were both starving after being trapped in snow for five days.

On Sunday, Taylor went up the service road. Unfortunately, he was left stuck in deep snow with his dog.
Monday came and Taylor discovered that the snow was even deeper. He failed to move his truck, so he tried to walk out.

However, the snow was so deep that it was hard for him and Ally to get too far away. They decided to return to his truck.

Taylor and Ally survived the cold by starting his truck now and then. He also consumed hot taco sauce for his empty stomach.

He also thanked everyone for saving him and Ally. He added, he will never do something like that again and that he will soon be in touch with everyone.

Thanks to Deschutes County Sheriff’s Office Oregon for posting the update on Facebook!